As if they weren't busy enough with the Challenge date looming closer, we asked this year's Finalists to share what motivates them and who inspires their passion for innovation. Their responses were diverse, naming notable inventors like Nikola Tesla and Elon Musk, as well as unexpected and refreshing creative icons from music and art.

Get acquainted with the trailblazers who inspire our 2015 Finalist Class:

The original "Mad Scientist", Nikola Tesla was an eccentric futurist and limitless inventor. His brilliance helped develop the Alternative Current (AC) Electrical Supply System, making electricity a common amenity. He also created the Tesla Coil and conducted the first experiments in Wireless Power Transmission - the same technology that now allows you to power up your iPhone battery on a charging pad.

Flip the switch, shine the light, lights out. Everyday phrases that we can attribute to Thomas Edison's most iconic invention: the light bulb. He was dubbed the "Wizard of Menlo Park" when he displayed the electric light bulb, and he has literally been lighting up our lives ever since. He also gave us the phonograph and the first motion picture camera, so you can thank Mr. Edison for anticipating your entertainment needs as well.

Inspiration comes in many forms. Mark Motherbaugh is a musician, singer, composer and visual artist, best known for founding Devo, a 1970's New Wave band. His collaboration with Wes Anderson, composing the score for several of his films, is the perfect compliment to his brand of quirky, amusing intellect. Breaking out of the norm and immersing yourself in the creativity of another is an excellent method for igniting the inventive spark. And New Wave is cool so you should just be into it.

Elon Musk. Ever compelling and brilliant, he is the consummate inventor. His visionary leadership at the helm of Tesla Motors has accelerated the scientific and technological breakthroughs in electrical vehicle capabilities. Amongst his other notable endeavors are SolarCity and SpaceX, where his unbridled will to explore, experiment and celebrate mistakes as opportunities have created a culture of invention and ingenuity. Musk serves as a fountainhead for revolutionary ideas and a symbol for those pursuing wild, game-changing schemes.

If ever there was a musician with a cult following, it's Frank Zappa. The original counterculturalist, Zappa's idiosyncratic and satirical humor paired with a fiercely outspoken attitude towards politics and censorship garnered respect, criticism and devoted audience. His body of work is peerless; with over 100 albums released he's considered an endlessly prolific artist. Zappa will forever be an icon for those who dare to break away from the safety of the mundane. 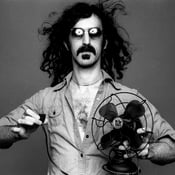 Dr. Molina was awarded the Nobel Prize in Chemistry in 1995 for his work on chlorofluorocarbon effects on ozone, and the discovery of ozone depletion. He's the first Mexican-born Nobel Prize winner, and is considered a champion environmentalism and visionary environmental scientist. Molina is a distinguished professor, advisor to American and Mexican governments on climate policy, and an accomplished advocate for the advancement of environmental science.

When asked what inspired their clean tech innovation, Finalists were resoundingly united in their desire to create products that would generate positive change in the world. They have an innate curiosity and spark, and they truly want to "make a difference". Whether it's rethinking how we generate electricity, developing new methods of transit that promote healthy lifestyles and limit fossil fuel consumption, or revolutionizing how building systems function, each innovation is meant to improve quality of life for humans and the environment.

The Finalists were also generous in their praise for other breakout innovators, some of whom they're competing against in a few short weeks, and were quick to offer a shout-out and express admiration. The spirit of respect is strong amongst clean tech startups; everyone recognizes they're working toward the same long-term goal.

Take a glimpse at other great ideas brewing in the world of clean tech:

AVEtec is experimenting with the production of a controlled vortex to harness energy from tornados. This Breakout Labs project is currently building and testing prototypes, and their innovation will allow for continuous wind turbine power generation - solving the current instability issues with distributing wind power on the grid.

Building on the foundation of Nikola Tesla's vision, Witricity is advancing the wireless power transfer capabilities to new levels of efficiency and applicability. This has game changing potential for automotive charging stations and electrical vehicle range and flexibility.

We're excited to welcome this year's 2015 Clean Energy Challenge Finalist class and can't wait to see what they bring to the table next month. Entrepreneurship doesn't happen during regular office hours, with a guidebook and a defined path to success. They've been burning the midnight oil (or biofuel) and will soon put their ideas to the test at Chicago's premier clean tech competition.